In his 14-year career that was spent entirely with the Sox, Doerr was able to hit .288 with a .823 OPS all while hitting 223 homers, which was the most by a second baseman at the time of his retirement. Doerr was a 9x All-star and there is a reason no one will ever wear #1 for the Red Sox again.

Xander has spent his entire 9-year career in Boston; over that time, he has been able to go to 3 all-star games and is likely on his way to 4. He is a career .292 hitter, and no SS has ever played more games at the position than the X-man. He has won 2 world series and 4 silver sluggers.  3 words “EXTEND THE MAN”.

Joe Cronin was able to earn 5 All-star game appearances during his 11 years in Boston. Cronin as a player hit .300 and lead the league in doubles in 1938 with 51. Cronin was a player/ manager up until the 1946 season when he managed the Red Sox to a pennant.

Nomar was able to earn 5 of his 6 all-star games with the Red Sox, 2 batting titles, Rookie Of the Year, and technically a world series in 2004, which was his last year in Boston.  While flashing some serious leather, his bat always managed to lead the way. He hit over .300 in 7 of his 9 seasons with the Red Sox.

Pesky spent 8 of his 10 years in Boston. In those 8 years, he was able to hit .313 and earned an All-star game appearance in his first year back from military service. Despite hitting only 13 homers with the Red Sox, we all know of the famous Peskys pole in right field. Pesky led the league in hits throughout his first 3 seasons with over 205 hits in each of those years.

Yastrzemski spends 23 years with the Red Sox and is the last player to ever wear #8 for the Sox. Yastrzemski won the 1967 MVP with his triple crown being a large contributor to that. He won 3 batting titles,7 gold gloves, appeared in 18 All-star games, and of course, has earned a spot in Cooperstown. Talk about a resume. 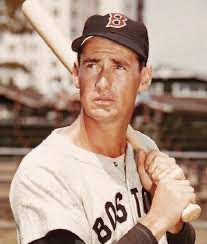 Williams spent all 19 of his big league years with the Red Sox. He had a .482 career OBP, which is an all-time career record. In his 19 years, he won 2 MVPs, 2 Triple Crowns, 6 Batting Titles, and went 19/19 on All-star appearances, Williams has a spot in the Hall of Fame, and is arguably the greatest player to ever wear a Red Sox jersey.

Lefty spend 8 of his 17 seasons in Boston, over that time he earned 5 All-star appearances, and lead the league in ERA in 4 of those years. In 1936 he pitched 6 shutouts and lead the MLB in that stat. He was inducted into the Hall of Fame in 1946.

Special thanks to @josiahburns_ for the list. Numbers 11-20 coming soon!

Looking for a great Red Sox jersey to wear at Fenway this Summer? Check out MLB Shop for the best officially licensed gear!

Click here to read our affiliate disclaimer. Thanks for Reading!